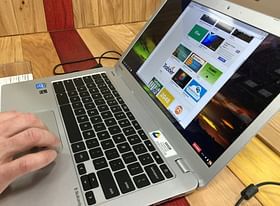 Chromebooks continued to outperform the rest of the PC product categories in the second quarter (Q2), posting 75 per cent annual growth and a shipment volume of 11.9 million units globally, a new report has said.

HP maintained the pole position with shipments of 4.3 million units and growth of 116 per cent in the second quarter.

Lenovo took second place with 2.6 million units shipped increasing shipments by 82 per cent from a year ago and Acer secured a top-three position with growth of 83 per cent, propelling it above 1.8 million units in shipments," according to latest data from market research firm Canalys released on Thursday.

Dell and Samsung made up the remainder of the top five, with the former being the only leading vendor to suffer a shipment decline.