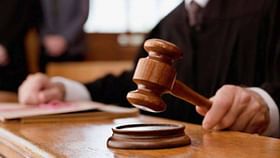 Mumbai: The Mumbai police told the Bombay High Court on Friday that they will not arrest Deputy Commissioner of Police (DCP) Akbar Pathan in an alleged case of corruption lodged against him and seven others at Marine Drive police station.

Real estate developer Shyamsunder Agarwal lodged an FIR at Marine Drive police station on July 21 against two other builders and six police officers, including Pathan, who were probing Agarwal's alleged nexus with the underworld. According to Agarwal, Pathan demanded Rs 50 lakh and a 2BHK flat at Bhayander for not invoking Maharashtra Control of Organised Crime Act (MCOCA) against him. Agarwal has also named former Mumbai Police Commissioner Parambir Singh in the FIR.

A division bench of Justices SS Shinde and NJ Jamdar, on Friday, was hearing a petition filed by Pathan seeking to quash the FIR against him stating that it was registered in gross violation of process of law and to hamper the investigation against the complainant, Shyamsunder Agarwal.