'I don't resonate with the show': Disha Parmar reacts to reports of her participation in 'Bigg Boss 15' 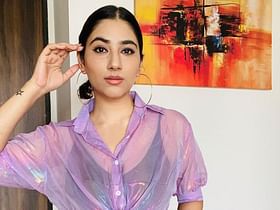 Television actress Disha Parmar finally broke her silence on reports of her participation in one of the most controversial TV reality shows 'Bigg Boss 15'.

In an interview with Pinkvilla, the actress denied the news and said that she is not participating in the show.

Disha said that she has not been offered the show.