'If you don't like, simply unfollow': 'Taarak Mehta...' actress Priya Ahuja Rajda on being trolled for 'bra strap' picture 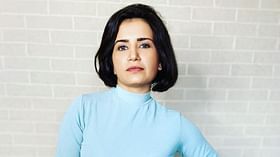 Actress Priya Ahuja Rajda, who plays the role of Rita Reporter in 'Taarak Mehta Ka Ooltah Chashmah' was recently trolled after she posted a picture that exposed her bra strap. While many users shamed her, some even stooped low and asked the actress to reveal her breasts.

With social media platforms, including Instagram and Twitter, becoming a part of people's lives, trolling too has become a common phenomenon and actors are no exception to this.