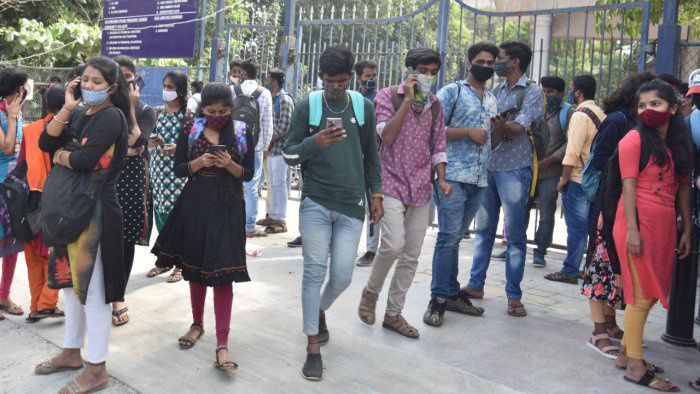 At 59, Karnataka has maximum number of colleges per lakh population in India: Survey

Karnataka has the maximum number of colleges (59) per lakh of the population eligible for higher education and ranks third in the country with 4,047 colleges across the state.

According to the All India Survey on Higher Education (AISHE) 2019-20, Bengaluru Urban with 1,009 colleges takes the top rank in the list of districts with the maximum number of colleges followed by Jaipur, which is a distant second with 606 colleges.

The survey, released on Thursday by Education Minister Ramesh Pokhriyal Nishank, also revealed that of the 1,043 universities, 42,343 colleges and 11,779 standalone institutions listed on the AISHE portal, 32.6 per cent of colleges run only a single programme, out of which 84.1 per cent are privately managed.

'Only 4 per cent of colleges have an enrolment of more than 3,000,' the survey said.