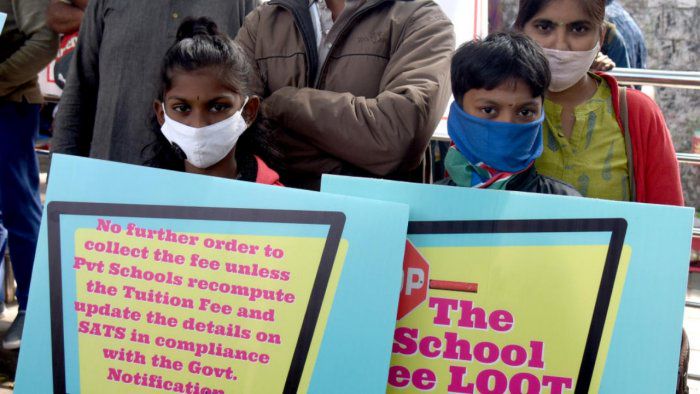 Parents protest as schools demand full fees in one go

Parents' groups from two prominent schools in South Bengaluru staged protests on Monday against the "exorbitant fees" even as the new academic year is to begin in less than two weeks.

Parents said schools were forcing them to pay the fees in full by threatening to block access to online classes. "The schools aren't even giving us the option of paying the fees in instalments. They want the entire fee in one go," a parent said.

"A majority of the private schools function out of CA sites allotted by the government.